Courtesy of Tim Logan of the Boston Globe 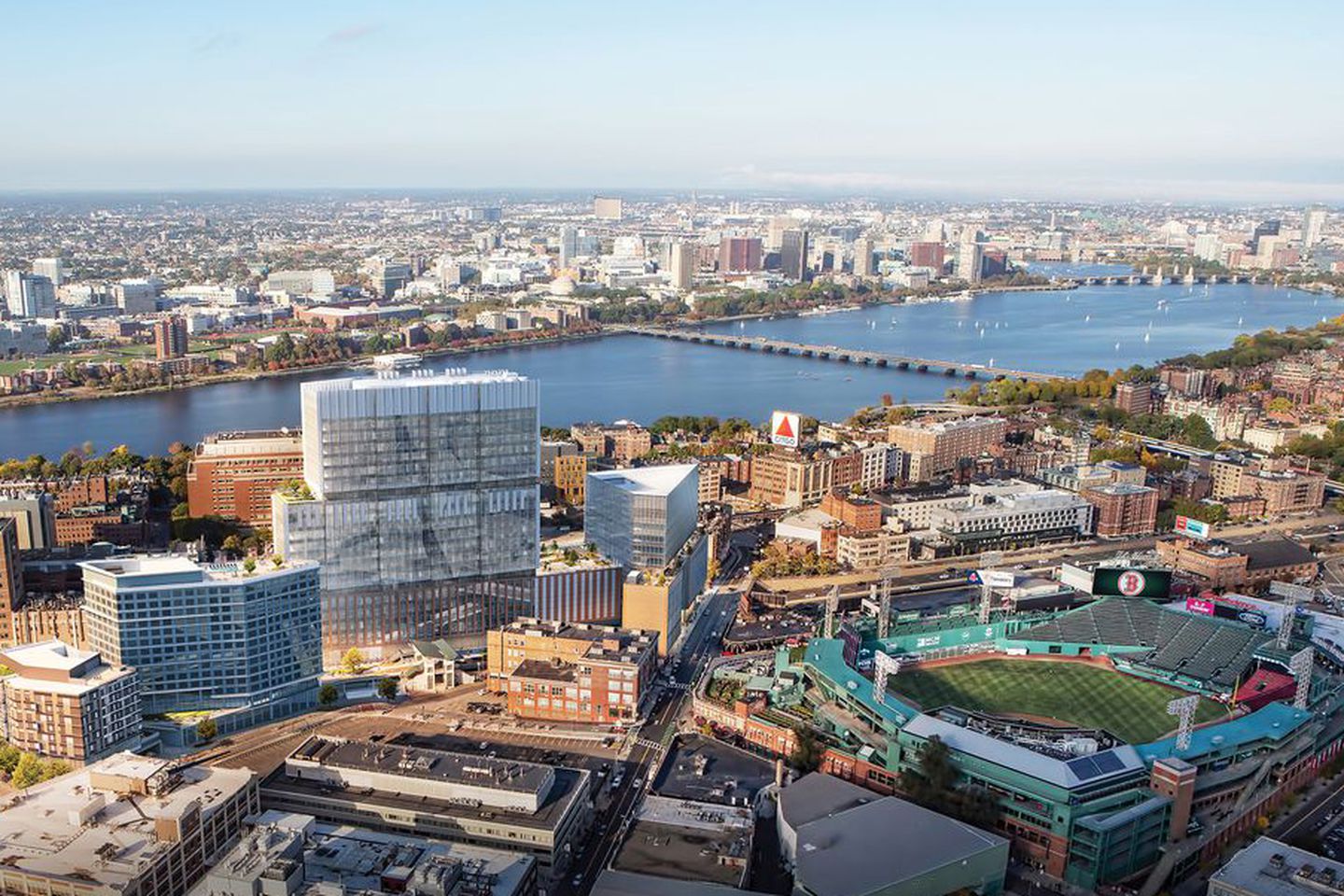 An artist's rendering of the Fenway Center project, being built with air rights above the Massachusetts Turnpike. DESIGN DISTILL STUDIO

The drive into downtown Boston from the west is about to change forever. So is the walk from Kenmore Square over to Fenway Park.

That’s because work is set to begin imminently on the long-planned Fenway Center project, which will put a two-acre deck, followed by a 350-foot tower, above the Massachusetts Turnpike between Brookline Avenue and Beacon Street. It’s a development two decades in the planning that promises to transform the western edge of the city’s core, knitting together two neighborhoods that have long been split by a highway.

Late Friday afternoon, the developers — a partnership of Beverly-based Meredith Management and the life-sciences developer IQHQ — closed on a $55 million deal to lease so-called air rights from the Massachusetts Department of Transportation. Now they’ll get to work on the deck, a two-year project that involves driving about 500 piles into the sides and median of the Mass. Pike, then laying 90,000 square feet of steel over them to serve as the base for a massive complex of buildings.

“It’s a very ambitious project, obviously. It’s complicated, it’s time-consuming,” said IQHQ’s chief investment officer, John Bonanno. “And we feel it’s transformational, reconnecting Back Bay to the Fenway where the highway has separated them for a very long time.”

It’s the largest project of its kind since Copley Place was built in the early 1980s, and the second underway on the Mass. Pike now. A half-mile east of Fenway Center is a project known as Parcel 12, where developer Samuels & Associates started work last summer on a deck that will hold an office building, hotel, and plaza along the western side of Massachusetts Avenue.

That project already requires that one lane be closed each way on the Pike, closures that will be extended for, and coordinated with, Fenway Center’s. It effectively means the turnpike will narrow to three lanes near Boston University, rather than around Mass. Ave., where it did before construction on the air-rights projects began.

So far, the Parcel 12 lane closings have had little impact on traffic, said Scott Bosworth, undersecretary of transportation and chief strategy officer at MassDOT. Travel on the Pike is still 40 percent below pre-pandemic levels, but Bosworth said he expects the lane closures won’t be a problem even as more commuters get back on the road.

Closing the deal is a victory for the transportation agency, which has seen a number of air-rights projects stumble over the years due to their engineering and economic complexities. But under Governor Charlie Baker, MassDOT has tried to streamline its approval process, and now work is underway on large projects at Parcel 12 and above the tracks at South Station. Fenway Center would be the third. The developers’ $55 million upfront lease payment is the largest such deal MassDOT has yet made.

“We’re creating revenue from the taxpayers’ assets, and that’s important,” Bosworth said. “We’re also creating opportunities [to build] where there aren’t any.”

It is also a huge win for developer John Rosenthal, who has been working on the Fenway Center project for two decades, through multiple administrations on Beacon Hill and in City Hall. His Meredith Management firm has already financed and built Lansdowne Station on the commuter rail, which opened in 2014, as well as a pair of mid-rise apartment buildings that opened last year next to the train station.

Now he’ll get to start work on the main course: a million-square-foot tower aimed at life-sciences companies a structure that will pop on the city’s skyline and transform a windswept canyon between Kenmore Square and Fenway Park.

“It’s kind of the pinnacle of this vision,” Rosenthal said. “It really is a new gateway into Boston.”

To make it happen, Rosenthal had to flip his plans for the tower from housing to lab space, to bring in the kind of deep-pocketed partners who could finance the billion-dollar price tag. That’s IQHQ, a California life-sciences development company led by the founder of an industry giant, BioMed Realty.

IQHQ, which has raised $2.5 billion in equity in less than two years, will pay for construction of the $200 million deck, then seek financing for the tower. It’s a huge bet, Bonanno acknowledged, but one the firm is happy to make, given Fenway Center’s proximity to the Longwood Medical Area and the huge demand for life-sciences space in Boston.

Still, the developers are building without a tenant, in part because the four-year process of constructing the deck and tower means the project will open too far in the future for companies to commit to leasing space. Marketing is likely to start in earnest once the deck starts to take shape.

Real estate analysts say there is demand on the horizon for millions of square feet of lab space, powered by the investment that’s pouring into drug companies in the Boston area.

There’s a lot of lab space coming, too, with projects planned or underway throughout Greater Boston. But few, Bonanno said, are like this one, with its proximity to both Longwood and Kendall Square, on top of a commuter rail station, and steps from Fenway Park and a quickly changing Kenmore Square.

“It’s really unique,” he said. “There are lots of well-conceived projects in good locations, but there aren’t many that will be as do as much for an area as Fenway Center . . . When you go underneath our project you’ll know that you’ve arrived in Boston.” 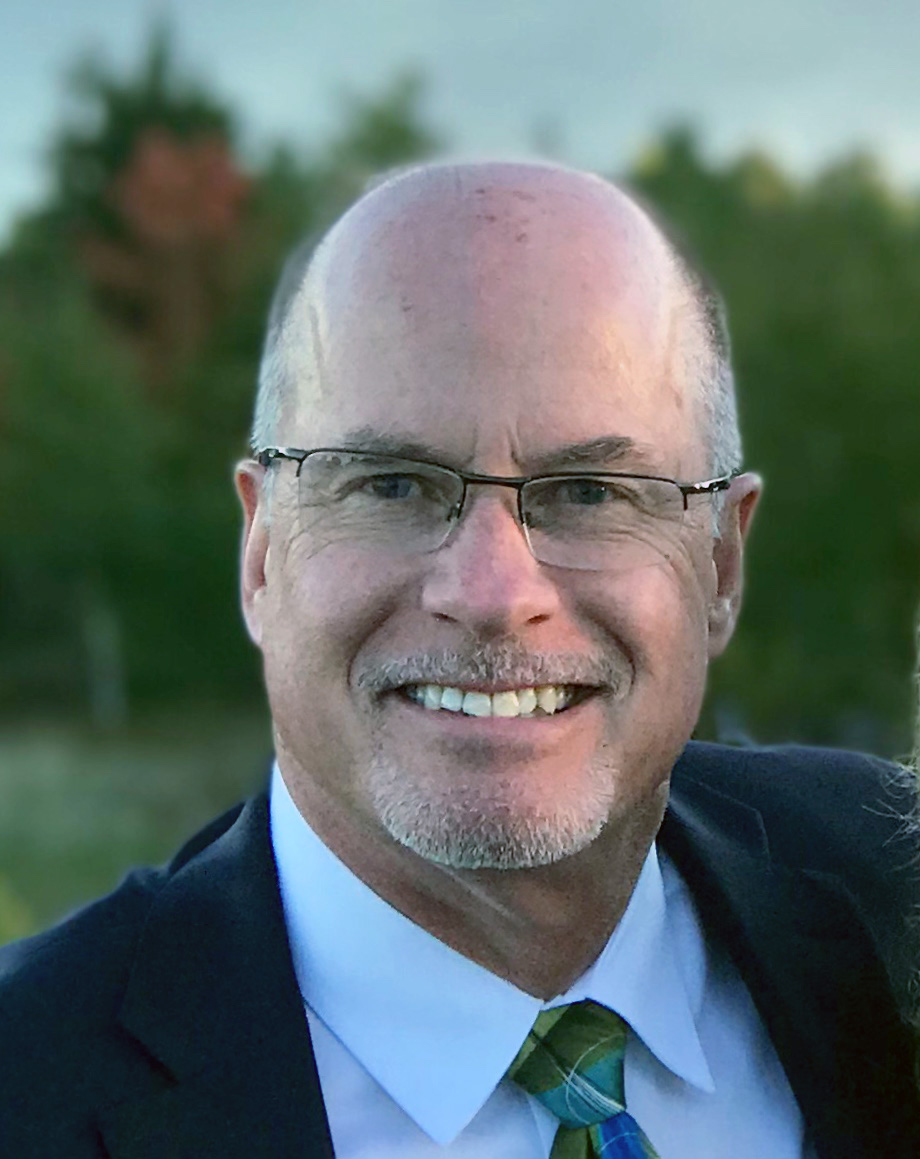