By Jon Gorey of The Globe Magazine

Boston’s housing market, fueled by strong economic growth, has been blisteringly hot the past few years — and nearby towns and cities are basking in the warmth and glow. With few exceptions, communities in or near Boston have seen Massachusetts’ biggest gains in median home prices between 2012 and 2017, even in already expensive markets like Brookline and Cambridge. The Boston real estate bonfire has now spread to once-affordable pockets of the city like Southie and Roslindale, and gateway cities like Lynn, Lawrence, and Brockton.

“Real estate is about jobs,” says Timothy Warren, CEO of the real estate market tracking firm The Warren Group in Boston, which also publishes Banker & Tradesman. “Just being close to the Seaport and Kendall Square and these centers of good-paying jobs, that makes a big difference.” No surprise, then, that all 12 of this year’s hot communities offer subway or commuter rail service to the city and its jobs.

While we highlight the very hottest of local markets, nearly all of Greater Boston has experienced a dramatic surge in home values. It’s hard to find a community inside Route 128 where median, or midpoint, home prices didn’t climb at least 30 percent since 2012.

That’s great news for folks who bought their home in the post-recession slump. But if you’re on the other side of the homeownership divide, these steep increases are nothing to celebrate. “Affordability is a big issue, and creating new housing is difficult, so we’ve got real problems there,” Warren says. “We can’t sustain this kind of growth if we don’t have [affordable housing].”

Boston’s increasingly out-of-reach home prices are squashing the dreams of hopeful buyers, but they worry longtime residents, too. “How many people living here, if they had to buy their house now, could afford to live here?” asks Michael O’Dea, a realtor at Coldwell Banker Residential Brokerage in Jamaica Plain. “I think very few.”

Meanwhile, a stark contrast exists outside of the Boston market. Median home values in more than 130 other Massachusetts communities, almost all outside I-495, have yet to regain their peak levels from 2005. Warren wagers these areas are struggling to create jobs and inconvenient for commuting to Boston. 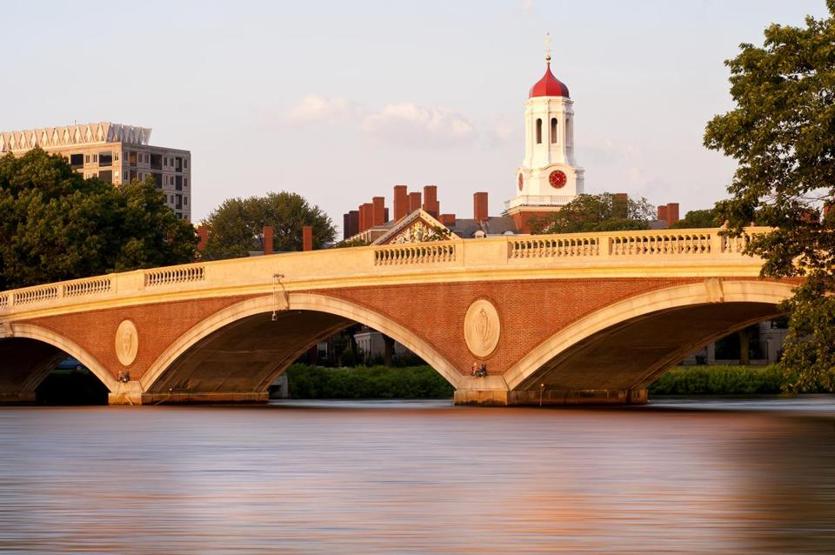 From quaint side streets to buzzy restaurants and nightlife, from top universities to high-tech startups, Cambridge has it all — including the renewable energy of a passionate, ever-changing citizenry. “This is a walkable, human-sized city,” says Marc Levy, founder and editor of Cambridge Day, a website that reports on the city. “I also love being in the midst of people who are quietly changing the world,” he adds. Absurd housing prices have taken a toll, though, forcing many residents to leave or make severe sacrifices to stay. The city’s “less weird and less fun” than it used to be, Levy laments.

A photogenic suburb northwest of Boston, “Winchester is a quintessential New England small town . . . like a community that might be pictured inside a snowglobe,” says local middle-school teacher Alison Matthews. With high-performing schools, good access to the city, and an active assortment of community and cultural organizations, Winchester is a desirable place to call home — if you can afford it. The median home price crested above $1 million for the first time last year. A small commercial tax base limits the extent of town services — there’s no municipal curbside trash pickup, for example. Likewise, Matthews says, spending increases for facility improvements, like the newly renovated high school, typically require overrides.

A town surrounded by cities, Brookline balances the bustle of Boston life and suburban serenity, combining leafy streets, good schools, and city-caliber dining and shopping. “You’re still on a major subway line, but with a small town feel,” says Tom Farnan, a restaurant manager who, with his wife, purchased a condo here in 2011. They love how safe it feels, the ease of commuting or walking around town, and the variety of community activities, from art shows to music in the park. What they dislike? “The parking situation is brutal,” he says, noting that with no on-street parking overnight, they have to pay for a spot in a lot about a 10-minute walk from their place. Still, he says, “it’s a small price to pay for a great neighborhood.” 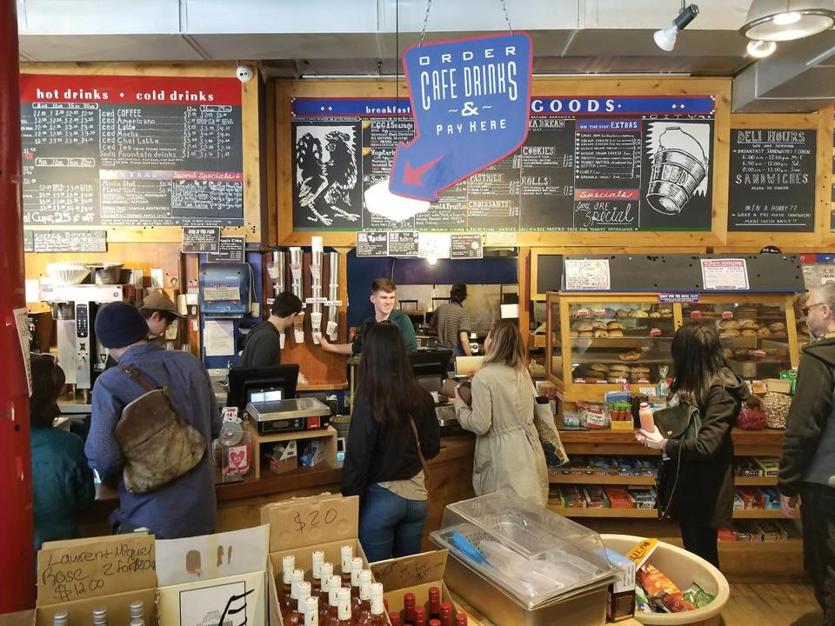 Centre Street in Jamaica Plain is lined with stores and restaurants including City Feed and Supply.

Known for its strong sense of community, arts festivals, and bustling Centre Street businesses, Jamaica Plain also lays claim to some of the biggest jewels on Boston’s Emerald Necklace. “We have the Arboretum, Jamaica Pond, and Franklin Park — an incredible trifecta of natural beauty unrivaled not only in Boston but the envy of most cities,” says Jason Waddleton, owner of The Haven Scottish pub. Waddleton is wary of rising house prices and gentrification, but sees both as citywide issues not confined to JP. Parking can be tough, too, but the Orange Line offers a straight shot into downtown.

Owing partly to the high-end development in the Seaport District, home prices in this once-gritty enclave are closer to what you might expect from the South End. “I like the convenience,” says Gina Smyth, an administrator at Boston College High School who’s lived in Southie her whole life and bought her home in 2007. “I’m in walking distance to the beach and to downtown proper.” Smyth says while there are more newcomers now who aren’t as invested in the community, Southie remains the kind of place where a neighbor will knock on your door to remind you to move your car for street cleaning. 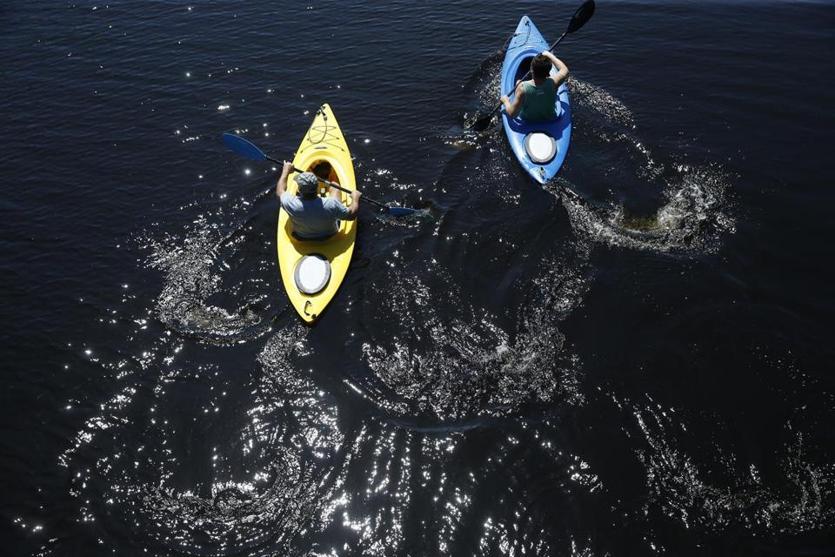 Needham’s convenient location, good schools, and charming family feel make it a coveted suburb. Like other high-stakes housing markets west of Boston, that means smaller, older homes often get torn down in favor of big, new Colonials. But realtor Bill Paulson says the town has nonetheless maintained its down-to-earth community flavor, which is on full display during the Fourth of July parade. On the other side of Route 128 from Newton, Needham offers “the flexibility to commute in any direction  . . .  including into Boston on the commuter rail,” Paulson says. But it’s also home to some major employers in its own right, including TripAdvisor. 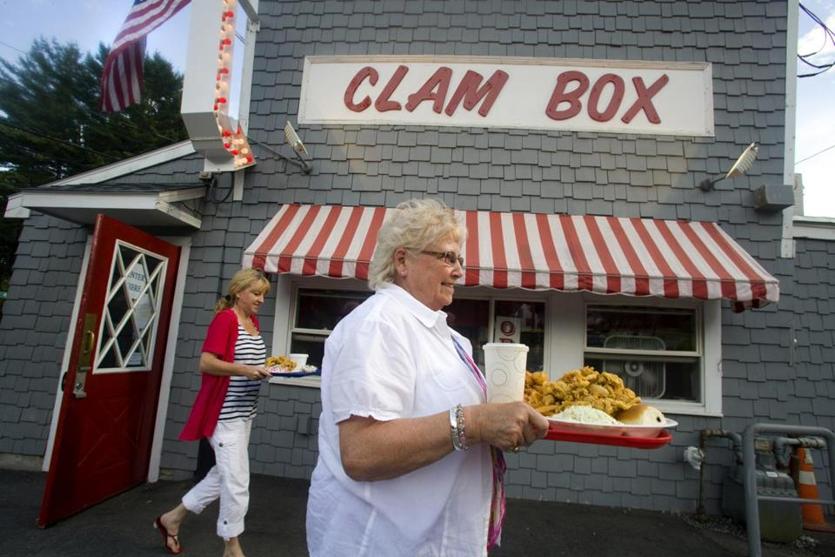 This historic coastal town north of Cape Ann delights tourists and residents alike — and not just because of its famous fried clams. “Ipswich seems to have more than our fair share of artists, musicians, dancers, painters, poets . . . creatives of all stripes,” says Kerrie Bates, director of Ipswich ReCreation & Culture. Ipswich is home to more First Period houses (built before 1725) than anywhere else in the nation, Bates says. These rough-hewn, timber-framed Colonials, like the town’s many Victorians and farmhouses, are made of wood for “a warm and honest building, not unlike the residents who live within.” It’s a 30-mile trek to Boston, but with nearly half the town’s land protected, including beautiful Crane Beach, who’d want to leave?

Residential Roslindale’s single- and multi-family homes — many blessed with yards and parking — are anchored by a cluster of thriving small businesses in Roslindale Square. “The local shops, they’re well supported — and not just because they’re local, but because they’re really good small stores,” says realtor and resident Michael O’Dea. He concedes the commuter rail service is infrequent and pricey compared with the Orange Line in Jamaica Plain, and hopes the rising prices won’t erode Rozzie’s comfortable, lived-in authenticity. “What I love, believe it or not, is that it’s so full of regular people,” O’Dea says. “There’s such a lack of pretension in Roslindale.”

“The best thing about Medford is its proximity to Boston,” says lifelong resident Rosalie Giudice. That’s one reason Medford draws home buyers priced out of neighboring Somerville or Arlington — but hardly the only one. “I just love living here, and the people,” says Giudice, whose parents owned the DePasquale Brothers Italian restaurant on Main Street for 68 years (now Bocelli’s Ristorante). Tufts University has gotten more involved with the community in recent years, Giudice says. “It’s great to live in a town where there’s a college,” she says, noting that Tufts brings plenty of perks to the community, including a laboratory preschool to second-grade program both she and her daughter used. Giudice plans to sell her house soon and downsize to a condo, but she hopes to stay in Medford.

> More hot spots for condos in this price range 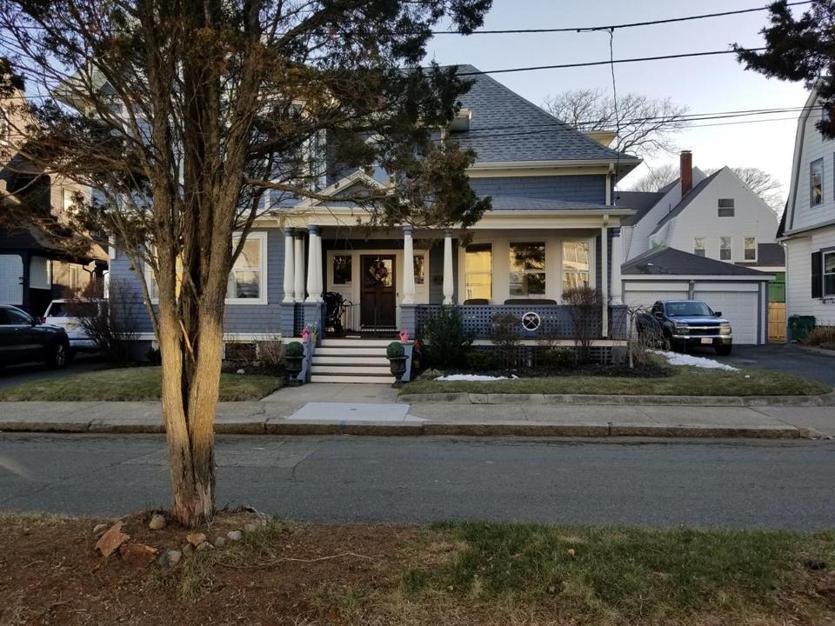 Ten miles north of Boston, between the Lynn Woods and a pretty stretch of Atlantic shoreline, Lynn’s once-industrial downtown is in the midst of a renewal. “I’ve been in Lynn only about six years now, but I’ve really grown to love quite a few aspects of it,” says Nathaniel Chio, a history professor at North Shore Community College. Unlike the “typical Colonial grandeur stuff you get in Boston,” he says, Lynn’s “industrial past, connection to Frederick Douglass, and more recent immigrant history make it a fascinating place to live.” Chio enjoys the new restaurants that have put Lynn on the map for foodies, but worries about gentrification and how it’ll change the makeup of the city.

This former mill city straddling the Merrimack River is “a resurgent city,” says Juan Bonilla, deputy director of the nonprofit Lawrence CommunityWorks. “It is not the Lawrence of the late ‘80s and ‘90s.” He points to a renewed spirit of civic engagement and investment in the community. Prices have leapt upward despite a school district that’s been in state receivership since 2011, and ongoing issues with drug-related crime. But it’s one of the very few places in the Boston area where you can find a house for around $250,000, along with easy access to I-495, I-93, and the commuter rail.

Brockton has a reputation for toughness, and not just for its famous boxing champions. But residents here take immense pride in their diverse city, says realtor Deb Aufiero. “The proximity to both Boston and Providence makes it an attractive place to purchase a home, as well as the affordability,” says Aufiero. Commuter rail and Route 24 offer access to Boston, but there’s plenty to do right here, from fairs and arts festivals to Brockton Rox baseball to the Frederick Law Olmsted-designed D.W. Field Park. Brockton’s schools have performed surprisingly well since a heralded turnaround a decade ago, though painful budget cuts in recent years could threaten what had been a success story.

> More hot spots for condos in this price range