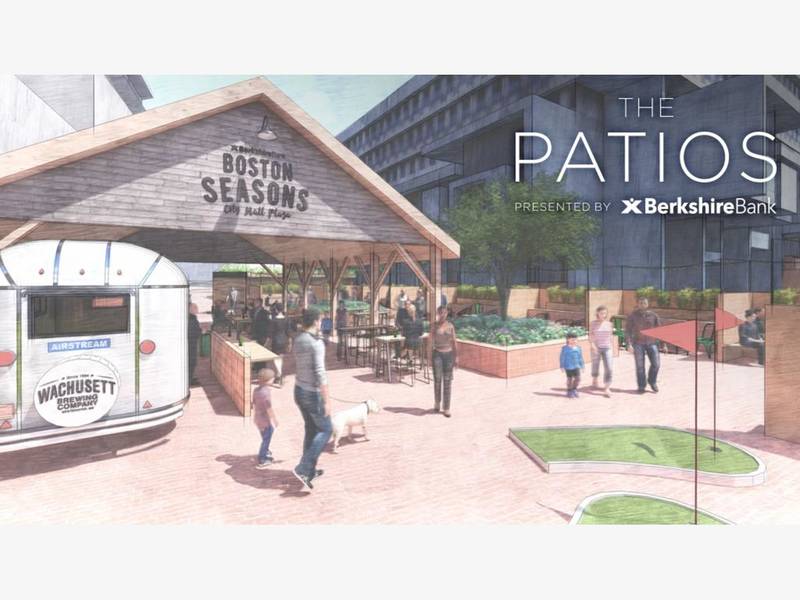 "The Patios project is a flexible public space that brings a scale of intimacy to a place famously the opposite," said Smith in a statement.The city commissioned Sculptor Jeff Smith to help design the area, including an art installation entryway and patio design made of local, reclaimed wood that will display a Boston sign. Smith is a sculptor and filmmaker who built the 'Smallest House' in the World and is now on a mission to popularize the perfect shape. He has created sculpture using salvaged material for some three decades, according to his website.

So when will the beer garden be open? Every day. Wachusett will rotate through their selection of beer on tap and also feature several guest brewery tap takeovers to bring variety to those who visit.

But you're here for the puppies, aren't you?

Those fuzzy adorable ones will be brought to City Plaza by Shultz's Guest House, a 501c3 dog rescue shelter, based in Dedham. Its mission is to rescue lost, homeless and abandoned dogs in the southern part of the country; to provide for the medical care, sheltering, and transport; and to focus on adoption of healthy puppies and dogs.

Each Wednesday, "Wag Wednesday" from noon to 2 p.m. you can come play with some of their furry friends and learn more about their adoption process.