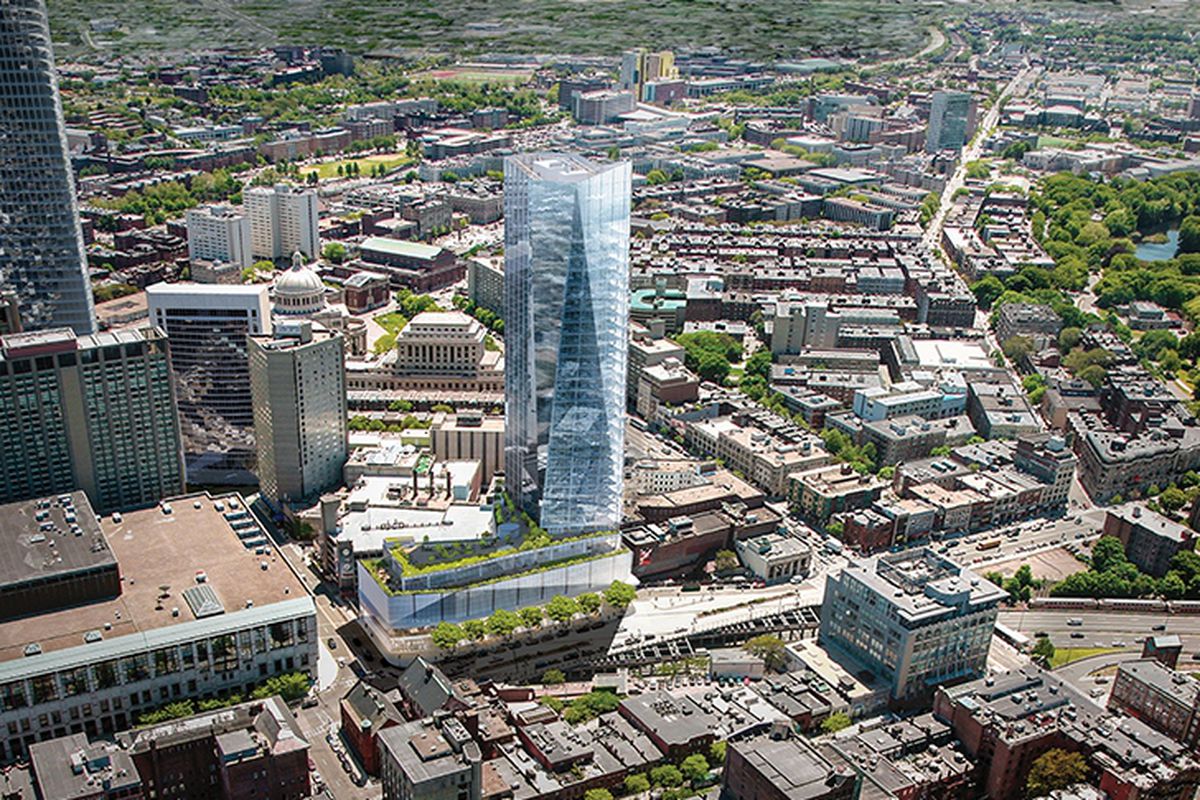 A scaled-back proposal to build a primarily residential tower over the Massachusetts Turnpike next to the Hynes Convention Center won a key approval from the Boston Planning & Development Agency on March 15.

The newly passed proposal includes plans for just one of those towers—and it would now reach to 484 feet and 27 floors. It would include 108 condos atop two floors of retail and restaurant space as well as two levels of parking.