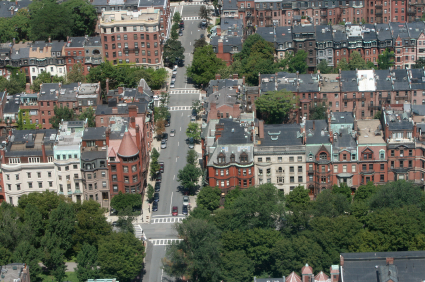 Millennials are picking up the pace of moving into homeownership, but the National Association of Realtors® (NAR) says not all are finding a way. Its 2018 Home Buyer and Seller Generational Trends study found that inventory constraints and higher housing costs have prevented some from leaving the more affordable confines of their parents' homes.

The study evaluates the generational differences of recent home buyers and sellers and found that slightly more than a third of home purchases over the last year, 36 percent, were made by Millennials, an increase from 34 percent in 2017, making them the most active generation of buyers for the fifth year.  Gen X buyers accounted for 26 percent of sales, baby boomers for 32 percent, and the silent generation, those born between 1925 and 1945, 6 percent.

Lawrence Yun, NAR chief economist, said the survey findings reveal show what it takes for Millennials to be a successful buyer and why, even as sales to that age group reached an all-time survey high, slim inventories and other conditions are working against many. Yun said the overall share of those buyers remains at an underperforming level.

The typical Millennial needed a household income of $88,200 compared to $82,000 last year to purchase the same sized 1,800 square foot home which increased in price from $205,000 to $220,000. They were also carrying more student debt than revealed in last year's survey and slightly more of them said saving for a down payment was the most difficult part of buying a home.

"Realtors® throughout the country have noticed both the notable upturn in buyer interest from young adults over the past year, as well as mounting frustration once they begin actively searching for a home to buy," said Yun. "Prices keep rising for the limited number of listings on the market they can afford, which is creating stark competition, speedy price growth and the need to save more in order to buy."

Added Yun, "These challenging market conditions have caused - and will continue to cause - many aspiring millennial buyers to continue renting unless more Gen Xers decide to sell, and entry-level home construction picks up significantly."

Among other generational findings of the survey was that, as in previous years, younger boomers were the most likely, at 20 percent, to purchase a multi-generational home with an increase from 30 to 39 percent who said they did so to provide a place for their adult children to live. Providing a place for their parents was a reason given by 22 percent.  This also applied to Gen X buyers, with those purchasing for multi-generational purposes rising from 12 percent in 2017 to 15 percent and many of those (35 percent) saying adult children were the reason, slightly more than those doing so because of their parents.

"Costly rents and growing student debt balances appear to make living at home more appealing, affordable and increasingly more common among young adults just entering the workforce," said Yun. "Even in situations where three generations are all cramped under the same roof, it can significantly help some millennials eventually transition straight to homeownership. Eighteen percent of millennial buyers in the survey said their family home was their previous living arrangement."

Regardless of the age group, the quality of the neighborhood was the most important factor in deciding where to live, followed closing by proximity to employment. Recent Millennial buyers were also as likely as other age groups to put a priority on living close to friends and family.

The share of millennial buyers with at least one child continues to grow, at 52 percent in this year's survey and up from 49 percent a year ago and 43 percent in 2015. With the need for a larger house at an affordable price, 52 percent of millennials bought in a suburban location while also being more likely than Gen Xers and younger boomers to choose a home in a small town. After climbing as high as 21 percent in 2015, only 15 percent of recent millennial buyers purchased a home in an urban area.

Eighty-six percent of Gen Xers and 85 percent of Millennials purchased a single-family home, while boomers of all ages were most likely to buy a multi-family home. Only 2 percent of millennials bought a condo.

"While there is an overall trend among households young and old to migrate towards urban areas, the very low production of new condos means there are few affordable options for buyers - especially millennials," Yun said.

The survey also found that both buyers and sellers in all age groups prefer to work with real estate agents.  Millennials, at 90 percent, were most likely to purchase using an agent, but at least 84 percent of other generations did so as well. Close to the same percentages of sellers were also agent assisted.

NAR mailed its 131-question survey in July 2017 to a weighted random sample of buyers who had purchased a home between July 2016 and July 2017. The survey could be completed by mail or on-line and was available in both English and Spanish. Of 145,800 surveys mailed, 7,866 were returned.